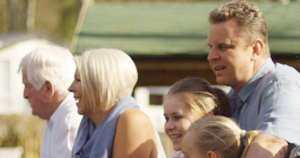 The Blackpool Illuminations Switch-On celebration was watched by a worldwide audience with more than 160,000 views from as far afield as Australia, Canada and the United States, it was revealed today.

The freely-accessible streamed show, which was broadcast from the magnificent Tower Ballroom, saw Shirley Ballas, head judge of BBC’s Strictly Come Dancing, pull the switch to trigger four months of Illuminations in the resort.

Pre-COVID, the annual event has been staged in an outdoor arena on the promenade with a live audience of around 20,000 people.

This year, VisitBlackpool and MTV created a “hybrid” event including the show in the ballroom, attended by an audience of around 1,500 lucky ticket ballot winners, and the live stream.

It is the first time in history that an Illuminations Switch-On – the biggest event in Blackpool’s calendar – has been staged in the ballroom, which has just reopened after a £1m makeover.

Today, MTV revealed that two more shows will be created from the Switch-On celebrations: An individual artist special, MTV Live: KSI and a compilation show, MTV Live From Blackpool Switch-On: The Best Bits. Both shows will be broadcast on MTV MUSIC on Friday 15 October.

This year’s Blackpool Illuminations will run from Friday 3 September to Monday 3 January, 2022.

To find out further details on this year’s display, including Switch-On times, Tower projection shows and new features, head to: www.visitblackpool.com/illuminations